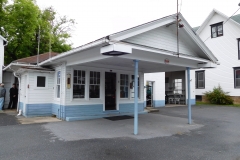 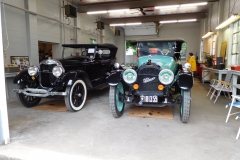 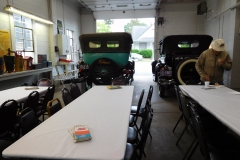 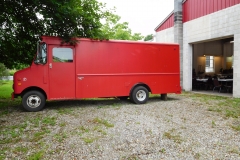 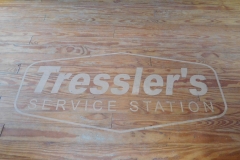 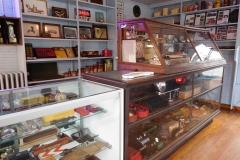 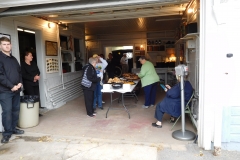 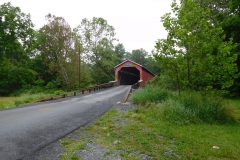 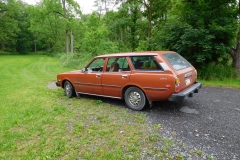 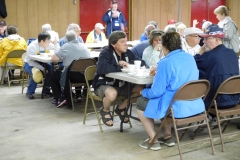 Note from the Webmaster:

Change of pace for the day: I got sit in the driver’s seat! Josef and Nora Puskas, a lovely couple from western Pennsylvania, found themselves without a driver as their son Stephen was feeling a bit under the weather. So, I played chauffeur in a 1970s Toyota Corolla and had a blast.

The weather stayed rather bleak and dreary long into the afternoon despite the forecast, but nobody seemed too deterred by a few raindrops.

Our first stop for the day was at Tressler’s Garage in New Bloomfield. Built in 1926 and is currently owned by Don and Carol Barlup of our Gettysburg Region. They were kind enough to open it up for us and show off some of their cars and collectibles while we enjoyed a variety of donuts and danishes.

From there, we enjoyed a leisurely driving tour through Perry County to see several covered bridges which have survived since the 1800’s. Most of my pictures were snapped through the windshield of the car, but we finally came across one where I could pull over so Josef and I could step out and get a closer look.

After about 2 hours of winding our way along twisty-turny back roads, we arrived at Blain Fairgrounds for a (very) hot lunch — the chicken corn soup was delicious but I’m pretty sure it was still boiling in my cup when I went to take a bite.

Although the fairgrounds was our last official stop for the day, the route back took us up to the top of the mountain at an elevation of 1,476 feet. I’m sure that the mountain has a breathtaking view of Cumberland Valley below, but we couldn’t see it for the clouds. Oh well.

We’re supposed to have clear skies tomorrow, and I’ve heard that Stephen is feeling a little better, so I’m off to find another ride… 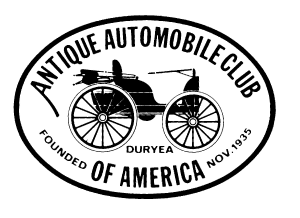